Of course we aren’t perfect; even the best struggle sometimes. So what exactly are Canada’s challenges?

Canadian Business recently wrote a great summary of the 26 things holding Canada back, and I could not agree more with most of the items that made the list. Let’s have a look at the top 5 challenges Canada faces moving forward.

1. Not having enough children.

I believe this issue to be two-fold. Firstly, people are having few children which is creating a large difference between working age citizens and those looking to retire which is going to put enormous financial strain on our system. Even immigration is not helping bridge this gap. Considering our entire health care system basically runs on the idea of having the young support the old (through taxes) this could mean a serious system collapse.

According to Canadian Business 60% of Canadians are overweight and 26% are obese. The U.S. still takes the cake – so to speak – as the fattest developed nation in the word, however, we are steadily finding ourselves pushed towards the top of the list. Putting on the pounds will further our healthcare problems and suppress our quality of life.

3. We are focusing on the wrong education. 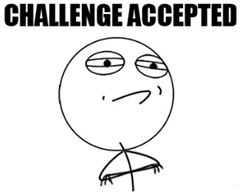 There is a shortage of tradespeople throughout the country and those with technical backgrounds are more in demand everyday. Unfortunately, a high proportion of people seeking higher education enrol in liberal arts our similar programs with a history of poor job market performance.

4. We are doing the wrong things online.

Despite spending more time online than any other country, we do surprisingly little business online. Consumers spend little online, but the bigger problem is that many Canadian companies are falling behind with their online strategies while other international companies are beginning to establish themselves.

Many Canadians are content being average – or somewhat above average. Collectively, Canadians dislike the idea of the very wealthy. There is just something un-Canadian about it. It would be better for all of us if we began to celebrate the (non-ridiculously) rich because many of them have done a lot for the country to get to where they are, like creating business, jobs and bringing money in from overseas.

One thought on “What Are Canada’s Biggest Challenges? Canada’s Top 5 Challenges”