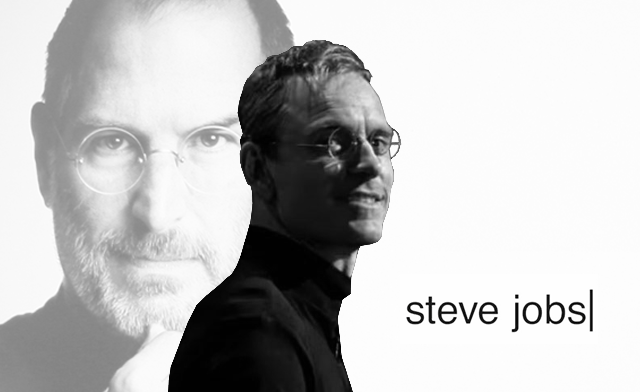 The most important thing to know about the 2015 take on Steve Jobs is that the movie focuses almost entirely on his Steve Jobs’ personal life, which both helps and hurts the movie. After all, Jobs was a man of many facets and he arguably spent the least amount of time worrying about his personal life. This focus is also what makes this movie so interesting, however. Most people know the other sides of Steve – the self-destructive artist, the visionary and the businessman. So Steve Jobs (2015) decided to take a much closer look at the side we know less about.

END_OF_DOCUMENT_TOKEN_TO_BE_REPLACED

Steve Jobs, Bill Gates, and Jeff Bezos are not extreme entrepreneurs. At least, not compared to Elon Musk.

Elon Musk has long been on my personal list of “notable entrepreneurs”, but it wasn’t until Wired published “Elon Musk’s Mission to Mars” that I realized just how much of an extreme entrepreneur he is. The article is well worth the read but I will summarize Elon’s extensive resume:

Steve Jobs, Bill Gates and the others mentioned at the beginning of this article have completely dominated their industries while dabbling in other sectors, yet none have a resume as diverse as Elon Musk’s. Richard Branson is the only close comparison; his launch of Virgin Galactic puts his ambitions on a similar scale. However, Musk has one major advantage: Branson is focused on getting people to orbit the earth —

Coming from an engineering background, gives Elon the ability to dominate a variety of industries from a technical standpoint. For example, since founding SpaceX, Musk has been able to reduce the cost of building rockets by 10-fold. Such a cost reduction could save an organization like NASA billions of dollars. The initiative to aim to put people on Mars was spurred from his distaste with NASA’s current timeline to put people on Mars.

As it turned out, given current costs of rockets, it looked like NASA would never have the funding to actually get people to Mars. Musk set out to change that and reducing the cost of rockets was the first step. The crazy part is that the SpaceX team has already succee

ded in dramatically reducing the cost of rockets. Not only that, but SpaceX is also the first company to launch a shuttle that successfully connected with the International Space Station. 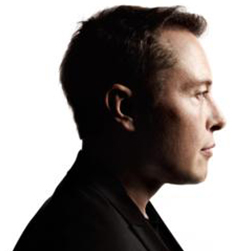 The team is now focused on building cheap rockets that are able to land casually on the martian surface.

How many entrepreneurs can say they are working on a project of that magnitude? It is for this reason, as well as his overall experience across diverse industries (tech, energy, space exploration) that I consider Elon Musk to be an extreme entrepreneur.

Can you think of any other extreme entrepreneurs? Leave a comment down below with anyone you think fits the bill.

Square has been around for a long time, but if you don’t live in San Francisco you may have missed it. Square is a device that allows anyone with a smartphone, or device such as a tablet, to accept credit cards. The device (pictured below) plugs into the audio jack of your iPhone or iPad and after a simple approval process, you can begin processing credit cards!

What is particularly amazing about the device is that it uses the audio jack to transmit data to the device. This allows for the charging port to remain open so as not to limit device operation. All you have to do is apply for a merchant account in a much simpler way than with the big guys, buy the device, install the app and swipe away! It’s a seamless process that is now allowing even the smallest merchants to offer credit card payments.

Square is a big deal. Not just because it opens up all kinds of opportunities for small businesses, but also because it allows them to operate from virtually anywhere. No longer are are businesses tied to their brick and mortar locations – you can now find merchants walking along the street processing transactions as they go.

I am particularly excited about Square because, as I mentioned previously, cash is horrible and credit is king. Although it will be interesting to see how Square pans out because mobile phone payment systems like Google Wallet are gaining steam and will soon begin to take hold. Both mobile phone payments and systems like Square will dramatically change the way we buy things and I cannot wait!

The only detractor to both of these new technologies is that they are rolling out slower than I expected. Square has been around for over 2 years and I was hoping it would have made in-roads into Toronto but it seems to be slow going for the technology. Mobile phone payments, on the other hand, are extremely new so I don’t expect full-market adoption at this stage.

What do you think? Are you as excited about these new technologies as I am?

It is very difficult to simplify something as complicated as success, yet as you can see above, I have certainly attempted it. What is important to notice is that I specify “self-made” success and not success in general. It is hard to consider success passed down as true success in life. Therefore, I am not counting the type of success that is passed down from successful parents (it is easy to be seem successful when, from birth, you have all the money and connections you need to get you through life). But I digress.

Successful individuals are typically either very intelligent or very willing to take on risk, or both. You only need one to be successful but having both is an almost guarantee of success.

The problem with intelligence is that it is nearly impossible to measure accurately as there are so many forms of intelligence. However, most people can quickly identify someone as having a particular intelligence – a sort of indefinable quality that serves to grant confidence to those who have it and those who must confide in them. Intelligence leads to great ideas which are successful no matter what you do. Intelligence means knowing what to do and when but intelligence does not necessarily lead to action which is where risk comfort comes in.

An example of someone who has intelligence but lacks risk comfort is a dreamer. Someone who spends all day thinking about how things could be better – but continues to daydream and not take action on it. Some risk and passion must be combined with intelligence for true success to flourish.

Having a comfort level with risk can also be thought of as having passion, doing everything in your power to make something happen. Successful entrepreneurs, for example, must have this passion. Looking at it more literally, it means being willing to do what it takes to be successful and make things happen – potentially risking everything while you do it. Intelligent people are able to accomplish great things while minimizing risk, but some of the greatest accomplishments have required taking on significant risk.

An example of someone who is comfortable with risk but lacks intelligence is a rogue gambler. Someone who always bets it all in the hopes of a big payoff. Sometimes, they will be successful but without intelligence the odds are against them.

Together these two factors are the largest determinants of self-made success. Of course this whole discussion is a simplification of a complex number of factors that determine personal success, however, sometimes it is important to boil concepts down to a simple digestible form.