The Big Short was so good that it has me expressing my contentment in different languages. Easily one of the best movies I have seen in the last several years, it is truly incredible how, what otherwise could have been a relatively boring documentary, is absolutely captivating.

END_OF_DOCUMENT_TOKEN_TO_BE_REPLACED 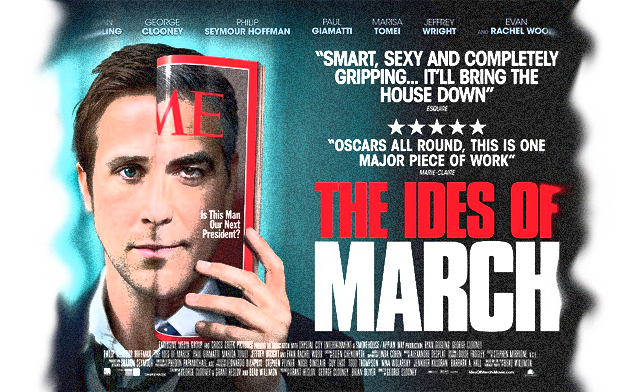 The Ides of March finds a great balance between illustrating what goes on behind a political campaign while focusing on the emotional war between political players and campaign staff. It was particularly refreshing to see that the movie avoided the typical “Hollywood” take with a much more realistic approach to the story – avoiding focusing on the presidential race.

Despite lacking Hollywood flair, The Ides of March was still interesting and engaging with its share of intensity and a phenomenal cast (Ryan Gosling, George Clooney, Paul Giamatti, Philip Seymour Hoffman) that made every scene memorable. The movie’s pace was great, which I was originally a concern of mine seeing as many heavy movies tend to drag at points. The dialogue was great, which was to be expected and in my books, dialogue-driven movies are king. If you are looking for epic action and explosions, look elsewhere.

The Ides of March is about the politics of politics.

The movie’s biggest success is in destroying what little respect we might have left for politicians. The underlying theme was trust – trusting the campaign, the message –  and how you shouldn’t always believe what you see. Overall, it was a highly satisfying movie that would review a perfect score from me were it not for a particularly disappointing ending (read below for more details).

My only complaint about the virtually flawless movie was how abrupt, unexpected and unfulfilling the ending was. Ryan Gosling (Stephen in the movie) was left preparing to address the media. He was clearly struggling with the message that he was now representing – integrity – which he now felt that he lacked. However, the ending was left completely open as the movie ended before he was able to respond. Did he decide he could no longer be a part of the campaign that was all a big lie? Did he sell his soul and give up his morals to join the heartless politicians?

Although I understand that some people may enjoy open-endings, I certainly do not. It always feels like a cop-out to me, as if they were not sure how to end the movie so they leave it to the audience to fill in the blanks. If I wanted to fill in the blanks with my own imagination, I would sit at home and close my eyes to write my own story.

What do you think? Satisfying ending? Any indications which way it was “supposed” to end? Let me know in the comments below.